by
Xurxo Dopico
Full Professor Department of Physical Sciences and Physical Education
(University of A Coruña, A Coruña, Spain).

If they say that you lie like a fisherman about the lenght of the fish, you can say for somebody who produce that kind of reports that he lies as ...

In three rings competition (the smallest of the last years) few spectators could see these (non-typical) savate fighters.

Portuguese university sports is celebrating a remarkable event in its history, with the publication of the legal acknowledgment of FISU Summer and Winter Universiades as sports competitions that allow the official recognition of elite athlete status – a condition in which any high performance athlete in Portugal is considered worthy of public legal support for the prosecution of his/her sports career.
The approved diploma classifies all sport events and defines the criteria to access the categories described by the Portuguese Sports Institute for high performance careers. The inclusion of university sports events in this list is a unique accomplishment that, on one side, recognises the investment made by student-athletes, universities and sports federations, and at the same time acknowledges the level of FISU events as being comparable to the highest quality in the world.
The referred diploma, signed on the 10th June by the Secretary of State for Youth and Sports Laurentino Dias, also allows for the recognition of some World University Championships as high level competitions and therefore also worthy for elite athlete status recognition.
A significant number of initiatives are planned to celebrate FADU’s 20th anniversary in 2010. Portuguese University student-athletes will be surprised with a few more challenges to encourage their full engagement with sport, University Sport and their academic activities.

History of savate by Athletic Scholarships (NCAA and NAIA sports)

Savate as a martial art was devised in the last century, and its origins and relationship to other Martial Arts is unclear. There are stories about French sailors learning techniques in Eastern ports, bringing them back to France and integrating them with local foot fighting and fencing techniques.

The modern history of Savate is very well documented. Pictures dating from the time of Louis 14th depict a man defending himself against an armed assailant with a kick. It is also documented that in the 1790’s, sailors in the south of France practiced a form of foot fighting known as “chausson”. This fighting system involved using the feet in a wide variety of kicks while one hand remained on the ground for balance.
Over the years, proponents of the art refined different styles of chausson and added open-handed strikes and defenses, and by 1820 “Savate” had became the martial art we know today.
"French Boxing-Savate” was founded in 1970 in France. It consists mainly of precise striking with the hands, low foot striking, and appropriate defense techniques. The hand techniques are much the same as boxing. Special attention is paid to development of soft and elegant movements.
Savate primarily encompasses kicking techniques somewhat similar to Tae Kwon Do or Karate. the art includes punching techniques from Western Boxing and stick fighting techniques based on French rapier fighting. It is very stylized and more extended than most Eastern kicking arts.
Avtor French boxing ob 2:56 AM No comments:

What about the future trainers?

Pascal ROCHE vs. competitor of club Viroflay.
In Pascal's corner there are also Bernard Brumeau and Bernard Bennabdalah.

Taekwondo has been classified as a category 2, optional sport at the Commonwealth Games. The Olympic sport of taekwondo, thus, stands a good chance of being on the official program of the 2018 Commonwealth Games at the earliest.

The Commonwealth Games Federation (CGF) recently sent a letter to the World Taekwondo Federation on June 14, 2010 to inform the world’s taekwondo governing body of its decision to classify taekwondo as a category 2 sport.

The CGF decision came just five days after a four-member WTF delegation made a sport presentation for the CGF officials in on June 7. Among the WTF delegates were Mr. Philippe Buedo, chairman of the WTF Games Committee; Mr. Anthony Ferguson, president of the Caribbean Taekwondo Federation; and Dr. William Darlington, secretary general of the Commonwealth Taekwondo Union.

“On behalf of the CGF, I write to thank you for the detailed submissions provided and the subsequent representations by your colleagues in last week pertaining to the above,” said Mr. Michael Hooper, chief executive officer of the CGF, in a letter dated on June 14, 2010 and sent to the World Taekwondo Federation.

The CGF CEO continued to say in his letter, “In approving the classification of taekwondo as a category 2 sport, both the Federation’s Sport Committee and the Executive Board were pleased to note the ongoing commitment being made by the sport through its development programs across the Commonwealth, as well as the innovative changes being made through the sport presentation aspects of the competition.”

“By becoming a category 2 sport, taekwondo is now eligible for inclusion by prospective candidate cities within their selection of up to 7 additional sports from the broader list of category 2 sports, i.e. additional to the 10 core sports and you should now look to work with candidate cities for future editions of the Games as they develop their bid proposals,” the CGF head said.

The Commonwealth Games, which date back to 1930, are a unique, world-class, multi-sport event which is held every four years.

The next Commonwealth Games, the 19th edition, are scheduled to take place in New Delhi, India on Oct. 3-14, 2010, with 17 sports on the official program. The 20th Commonwealth Games are to be held in Glasgow, Scotland in 2014. Hambantota in Sri Lanka and the Gold Coast in Australia are competing to win the right to host the 2018 Commonwealth Games.

On the CGF decision, Mr. Ferguson, who also serves as vice president of the Pan American Taekwondo Union, said in his letter to the WTF, "This is not only wonderful, but inspiring indeed. I did not expect the decision would come so soon."

"Better still that we went straight to Category Two. During our presentation, they (CGF officials) joked that we should probably go straight to Category 2 rathe than three," Mr. Ferguson said. "That it in fact happened this way is a testament to the vision and work of the WTF and that of our leader (WTF President Chungwon Choue). I have no doubt that in time, we would become Category One."

"It vindicates what we were saying in that people only have to be informed of the wonderful work of the WTF to be impressed," he continued to say. "Clearly they (CGF officials) were impressed by the Taekwondo Peace Corps and subsequent proposal of a Sport Peace Corps; electronic chest protectors and video replay system, and the various uses for which the Reform Fund is intended."

In a meeting with CGF officials both at the 2008 SportAccord Conention in Athens, Greece and at the 2009 SportAccord Convention in Denver, the United States, the WTF expressed its interest in joining the Commonwealth Games.

Several international sports organizations, which are responsible for the operation of multi-sports games, have decided in recent months to put taekwondo on their official programs.

At its General Assembly on April 26, 2010 in Dubai, the International Masters Games Association (IMGA) announced that taekwondo will be on the official program of the 2011 European Masters and the 2013 World Masters Games. The International University Sports Federation (FISU) decided at its Executive Board meeting in November 2009 to put taekwondo on the official program of the 2017 Summer Universiade and onwards as a compulsory sport. Taekwondo will also be an official sport at the 2013 Mediterranean Games and onwards. 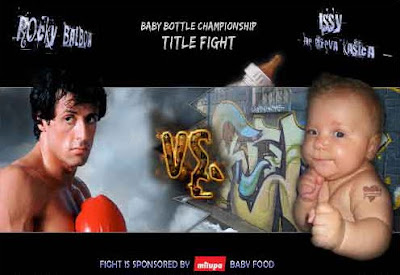 How to : Money laundering- EU funds

You have an influental father in law or some other important relative?
Is he the main representative for scienece and knowledge organisation in your country?
If so, go to next step.
Find a fantastic club with reputation of drug dealing activities. Be careful. They ussualy don't adress this way :).
Ussualy they protect themselves with high annual membership fees. But this is just a small trick of accounting. They use it to launder and to legalize all the money they collect on streets (when they put it on their account as memberships). And this is easier with higher memberships.

So - tell your father in law that you have good company and that he can win on some public EU tender with your club for preserving European heritage.
OK. Next step is (when you have some 50.000 EUR for example) to sign a contract with your new friend's club to rent their gym for your historical activities that improoves your national identity. Hell yes. But take care: In this case your friends will rise the prices to rent their gym as you would rent Taj Mahal.
So: High gym rentals.

How much money they will return you in cash is just a way of tax levels in your country. Take care and good luck with your buddies.
Avtor French boxing ob 1:30 AM No comments:

Is this Maja in the corner? 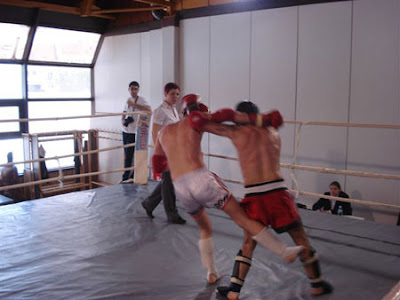 When we wil see those guys in "Mediaval games"? First we have to find some ancient book or writtings that describes these techniques and later we should carefully observe them. As a result of scientific introspection - there will come reborn mediaval techniques for every pocket. Is that the way the story goes?

How to close an empty space

Sometimes canne de combat is accepted as a basic learning method when we are talking about historical fencing by the same people who will later in their home-coutry refuse it. Can Olivier Dupuis (or maybe Zsolt Sandor) give an answer why is it so with all his friends? 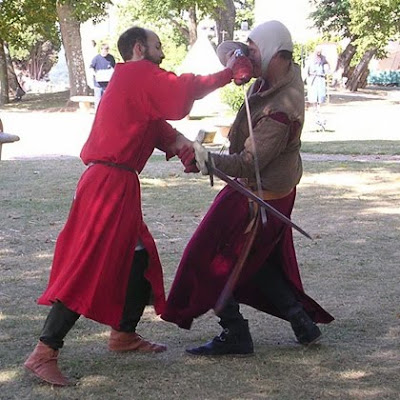 Clean sweep above the knee. Interesting.

The future of savate lies in your hands

Starting with basic savate techniques not mixing them with other asiatic styles is a good and correct way of developing this sport. Only in this way savate will stay savate.

You can call it savate. BUCS Conference is the annual gathering for university staff and elected officers who manage sport and physical activity opportunities across 150 higher education institutions in the UK. Taking place from Tuesday 13 – Friday 16 July, the conference will tackle the subject of University Challenge: Delivering more for less, looking at how universities can offer a full and diverse sporting programme to their students, staff and communities in a tough economic climate.

As the opening guest speaker, Holmes will bring his experience of competing as a student at the University of Cambridge all the way through to representing Great Britain at the Barcelona, Atlanta and Sydney Paralympic Games where he won nine gold medals.

Holmes said: “I’m delighted to be speaking at this year’s BUCS Conference. Higher education sport has a vital role to play in encouraging people of all abilities to participate as well as nurturing the nation’s elite sports men and women of the future. On a personal level, I know how important it is to get the right relationship between higher education and sport because I was studying at university when I won six gold medals at Barcelona 1992. Although moving higher education sport forward is all the more challenging in a difficult economic climate, the opportunity remains. I hope the events and discussions on delivering more for less will enable and inspire many more student athletes to fulfil their undoubted potential in the build up to London 2012 and beyond.”

Conference places are available to book at www.bucs.org.uk/conference. Holmes will be speaking on Tuesday 13 July at 14.30.

And savate is here