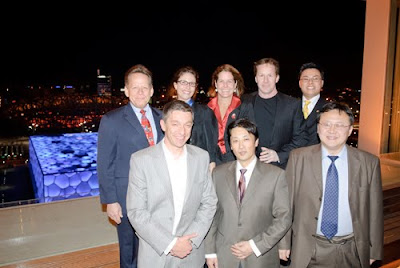 SportAccord announces with great pleasure that Mr. Vincent Gaillard has been appointed as the new Director General of SportAccord. He will lead the organisation as of 1 July 2011.

Vincent Gaillard joins SportAccord from the Coca-Cola Company where he was involved with the strategic planning and operational delivery of Olympic Games and FIFA World Cup sponsorships since 1998. He was most recently in charge of the company’s activation of the Beijing 2008 & London 2012 Olympic Games, with a specific responsibility of implementing large-scale sustainability initiatives with several non-governmental organisations. Prior to joining Coca-Cola, Vincent Gaillard has held different sports marketing roles with the National Basketball Association (NBA) in Switzerland, BBDO Advertising in France and with Adidas in Germany. Vincent holds a Master’s in Sports Management from the French business school Audencia, and is currently undertaking a Master’s of Science in Sustainable Development at the Center for Environmental Strategy, University of Surrey, England.

“We are proud that Mr. Gaillard has chosen to join SportAccord after many successful years at Coca-Cola. SportAccord is a rapidly developing organisation and the range of projects and services is increasing. We are convinced that with his professionalism and profound experience, Mr. Gaillard is the best person to support SportAccord in facing the challenges that arise thereof. He will bring the perfect skill-set and leadership that SportAccord needs today” says SportAccord President Hein Verbruggen.

“I am looking forward to joining SportAccord at such an important moment in the development of the organisation. SportAccord is a dynamic structure with enormous potential, leading several ambitious initiatives for the benefit of the international sports movement. One of my main tasks will be to consolidate recent developments and, at the same time, further develop multi-sports games and various other initiatives. But our focus will always remain to unite and support the SportAccord Members” commented Vincent Gaillard.

I would like to clarify that Mr. Vincent Gaillard is the new Director General of SportAccord and not the new president, as this headline suggests. Mr. Hein Verbruggen is still the President of SportAccord.