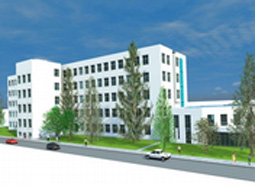 Building a campus Ljubljana University in Brcko will start by the end of the year 2010 and it is planed to expect first students by the end of the next school year.
Mara Simikic, a spokesman for Brcko District Government, stated for portal eKapija that the Government of Brcko District reached a Decision approving the activities concerning the foundation of a campus affiliated with University from Ljubljana, in Brcko District.
As Simikic explained, that decision endorsed enforcement of activities - related to foundation of department in University from Ljubljana in Brčko- according to the Law of High Education of Brčko District.
„Together with the decision, a conclusion has been reached that the government will not interfere with a choice of location concerning the future University in Brcko District. Brcko District and University from Ljubljana will have this conclusion realized on the project together, until the further project`s legal,economic and pedagogic aspects for achieving the highest standards of education,are known, Simikic said.
To build the campus several locations was taken into consideration. However, as Simikic explains the most acceptable option is the area of former knitwear factory Interplet,which is laying there empty, and the already existing buildings could be adapted.
Otherwise, Brčko will open departments for six universities: University of sports and University for informatics and information technologies, A Bio-technical University, Electro- engineering University and Administration University, while at the department of Economy graduated economists will be able to enroll master studies.
Aside from premises for attending lectures, within the limits of the future campus covering approximately nine hectares, we should find a sports hall, open space courts and other accompanying facilities.
For this project, Slovenia will be using its own resources, but also resources from European Union funds.
Obligations of Brčko district come down to - as Simikic explains- building a campus that gives a comparative advantage over other universities in the region.
The final location and guise of the university will determine together the District`s government and Slovenian expert teams, only for Brcko Parliament to ratify everything in the end.