Many sport authorities don't know much about university sport.
Ussualy they don't take care about it. And also they don't take it serious.
But...
If you read this article maybe YOU will change your point of view? 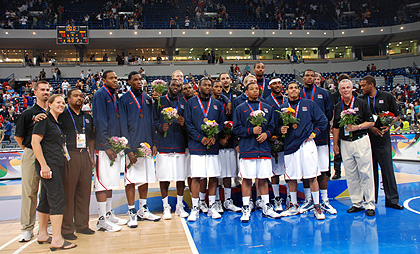 Team USA at the medal ceremony in Belgrade

Well, they were all part of Team USA which participated in the Men’s Basketball Tournament at the 2009 Summer Universiade in Belgrade, Serbia. They were stopped by the Russians in their quest for gold in the semi-finals losing with only one point difference (68-69) and as a comfort took home the bronze medal in their suitcase after beating Israel 91-80 in the game for third place.

That was their story last year… This year, well, these eight players were some of the main characters in the NBA Draft 2010! Indeed, eight players of the 2009 SU Team were drafted by teams of the best professional basketball league in the world, the ‘NBA’.

It gets even better. ‘Player of the Year’ Evan Turner was the N° 2 draft pick of the first round. Meaning he was ranked as one of the best choices a pro team could pick.

Four players from that USA team were not drafted: Deon Thompson, who finished school; Corey Fisher and Talor Battle, who are still at University and Robbie Hummel who was injured at the end of the season and who will probably be drafted next year. 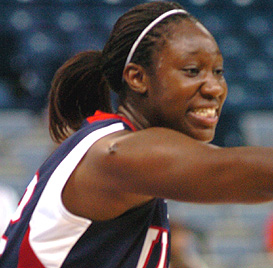 Tina Charles, the WNBA N° 1 draft pickThe Women’s Basketball Team of the USA participating at the 25th World University Games in the Serbian capital went straight to the top taking home the gold medal to put on their mantelpiece.

Four players of that golden team – Tina Charles, Jacinta Monroe, Danielle McCray and Alexis Gray-Lawson - will meet each other again on the pro court of the WBNA, the female counterpart of the NBA. We can proudly add that Tina Charles was the WNBA’s number one choice as she was picked first!

Below you will find an overview of the drafted players