Without permission of FIS, the other and new international savate organisation called Chauss fight federation and French savate federation make together a serious problem to other savate federations members of Sportaccord recognised FIS. The situation is so serious that some International Olympic Committee members and Sportaccord were already informed about it. Only in this way we can stop this stupid behaviour. 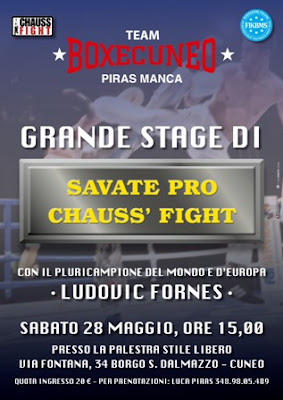 This time in Borgo San Dalmazzo, Italy near Genoa. Organisation of Luca Piras on 28th of May 2011.
Avtor French boxing ob 12:42 PM