ITALY: CUSI - University Italian Sport with old/new president - WILL HE SUPPORT SAVATE in the next 4 years?

I WOULD LIKE TO SEE HIS FINANCIAL REPORT 2010 ABOUT ITALIAN CUSI FINANCIAL HELP TO ITALIAN SAVATE FEDERATION - UNIVERSITY TEAM FOR THE WORLD UNIVERSITY SAVATE CHAMPIONSHIP 2010. 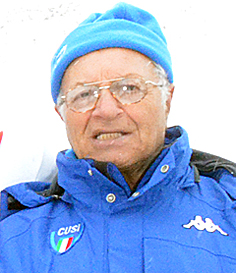 Leonardo Coiana at the 25th WU in ErzurumROME - On Saturday, May 14th, 2011, the 66th National Congress of CUSI, the Italian member association of FISU, which was held in Cagliari unanimously approved the technical report presented by President Leonardo Coiana together with the 2010 budget.
After the presentation of the programs of the presidential candidates, the elections for the new four-year period 2011/2014 were held.
Mr. Leonardo Coiana was confirmed as Head of the Italian University Sports Centre, obtaining 128 votes against the challenger Mr. Zanovello who scored 5. Also the Federal Council was renewed of 15 out of 16 representatives: Mr. Cirianni was the new member replacing Mr. Gualtieri, who is no longer part of CUSI. Mr. Riccardo D'Elicio, CUS Torino President, promoter and manager of the National University Championships “CNU Torino 2011” was confirmed in the executive board.
The new CUSI organization structure can be consulted at http://www.cusi.it/organigramma.aspx