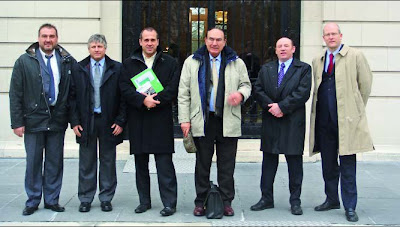 New Championships Allocated
New world University championships were allocated for 2010 at the last FISU Executive Committee meeting held in Harbin, at the end of February 2008. Four new candidates have been approved by our Executive Committee, for a total of 22 championships scheduled for 2010! The four new events are: beach volley in Colakli, Turkey, equestrian in Sangju, Korea, field hockey in Edinburgh, Great Britain, and finally savate (foot boxing) in Nantes, France.
Savate will be one of the new disciplines for 2010. Gilles le Duigou, Chairman of the Fédération Internationale de Savate, came last January to promote his sport at a working meeting at the FISU headquarters in Brussels together with the FFSU president. Savate is a martial art in a spirit totally in keeping with the university
philosophy. It can count on the enthusiasm of the French Federation of University Sports and the city of Nantes that will proguarantee participation at the top of the scale in both the men’s and women’s categories.
Avtor French boxing ob 6:30 AM