THEY STILL CLAIM THAT UNIVESRITY SPORT IS JUST A JOKE :).
WILL FISU TAKE ANY PRECAUTIONS ON THAT KIND OF BEHAVIOUR? CAN WE NAME THOSE PEOPLE AND WRITE THEIR WORDS ON THIS BLOG?
OH THAT BANANA COUNTRIES IN THE MIDDLE OF EUROPE AND EU.

Student-Athletes shine on the World Stage

At the recently held 2009 IAAF World Championships in Berlin, Germany, a number of 2009 Summer Universiade medallists remounted the medal podium for the highest honors in their sport.

Especially University of Western Sydney student Dani Samuels who threw a personal best of 65.44 metres in women’s discus to win the IAAF gold. 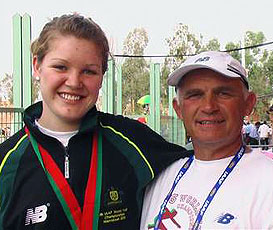 Dani Samuels with her coach Dennis KnowlesSamuels beat her previous personal best by over two and a half metres in an astonishing display at Berlin’s Olympic stadium. In doing so, Samuels became the only 21-year old to ever win a medal at the event and just the sixth world champion in Australian athletics history. Samuels already has a junior world title, a youth world title, a Universiade gold medal and five national championships to her name. She now has her sights firmly set on London in 2012. Coach Denis Knowles knew from his vantage point in the stands that Samuel’s final throw was a good one. ‘I expected Dani to have a good championship before we left home’, he said. ‘She’s been very consistent at 62 metres but there’s always been something bigger waiting to happen. Fortunately it came in the right competition.’ 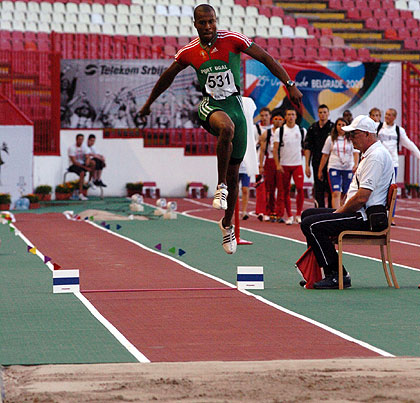 Nelson Évora jumps to the gold 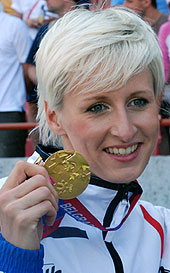 Ariane Friedrich shows her Universiade Gold in BelgradeIn women’s hammer throwing the full Belgrade medal podium replayed the Universiade competition ending with the same ranking all be it they moved one spot down as Polish Anita Wlodarczyk won the IAAF gold. Betty Heidler (GER), Martina Hrasnová (SVK) and Kathrin Klaas (GER) settled for silver, bronze and 4th place respectively whereas in Belgrade they won gold, silver and bronze. Nevertheless they all improved their throws (Heidler: 75.83/77.12; Hrasnová: 72.85/74.79 & Klaas: 70.97/74.23). Klaas throw her personal best in Berlin, whereas Heidler, who broke the Universiade Record in Belgrade set a new national record with her best throw.

These results once again show that the Universiade competitions are of a high caliber. 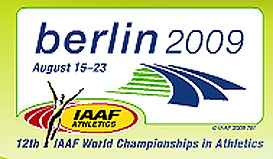 Below a list of 2009 SU participants and medallists performing at the 2009 IAAF Worlds in Berlin. Please note that this list is not complete.