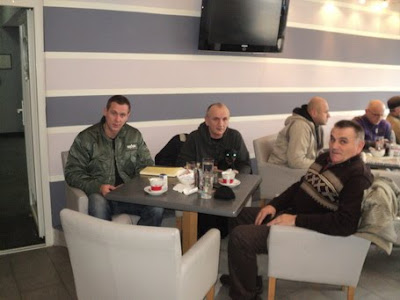 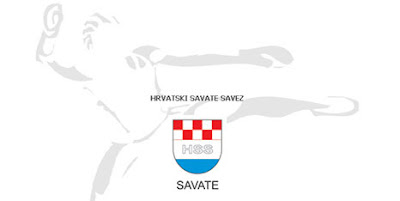 Congratulation to Croatian savate and to Zeljko Jarec.

But on the other hand he invited an old and traditional taekwondo-kickboxing club Osijek in Savate federation Croatia (wherever it exists). 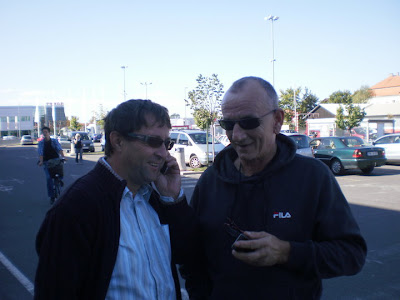 Picture: Vjekoslav Beck (taekwondo ITF man) on a visit in Ptuj at a president of Kickboxing federation Slovenia Vladimir Sitar (the man who changed left wing party to right wing party in the last political season (tried to be a mayor of a small city)).

The only problem is when they will start to cooperate with savate?

And another problem of their friend - Croatian ITF taekwondo and very similar sport WAKO kickboxing is - why they want to control savate in a year when Sportaccord AGFIS/GAISF will recognise ITF taekwondo as another official sport federation.

To start savate in Croatia - there should be established first specialized university french boxing and canne de combat club in the capital of Croatia - city of Zagreb. And don't forget - only savate club.
Avtor French boxing ob 3:14 PM

Little corection - Vjekoslav Beck has never been taekwondo man, he is well known kicboxing trainer, who also fought in savate in 1986. His long friendship with mr. Sitar lasts for 40 years (also good friend with Jotic), from the time they started their trainings with dr. Emin Topic. His savate club "Viktoria" exists in Osijek, Croatia.