Mr. Michal Frabsa in WAKO and out of ISKA 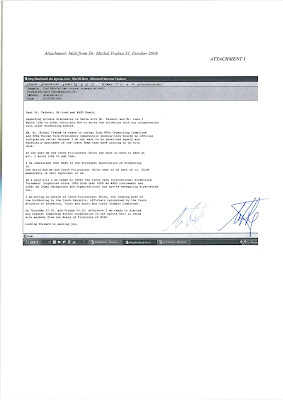 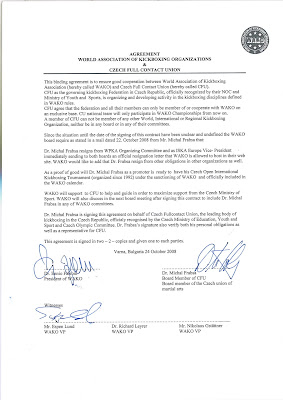 Mr. Michal Frabsa, as vice-president of Czech Fullcontact Union (a Federation which is officially recognized by its NOC and Ministry of Youth and Sports, has signed an agreement to support only WAKO in the future. Through the agreement he has signed in the name of Czech Full Contact Union, from now on his federation will only support and participate in WAKO Championships.
Mr. Frabsa was the promoter of the last ISKA World Championship held in Prague. WAKO could not stand such a situation any longer and he was obliged to make a choice. What he did.
Mr. Frabsa will also immediately resign from his positions as vice-president of IAKSA and member of the Organizing Committee of WPKA.
WAKO are looking forward to better cooperation with the federation and hope to develop kickboxing in Czech Republic. From next year the Czech Open will be a WAKO event and it will be included in WAKO schedule.