Cissokho a savate fighter?
Avtor SAVATE-French-boxing ob 7:16 AM No comments: 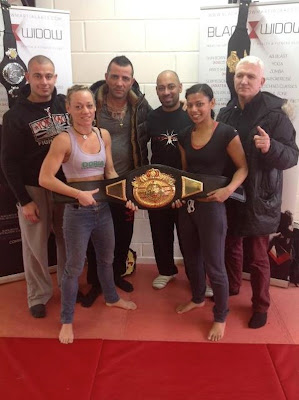 WAKO said that fighting in other systems of kickboxing is strictly forbbiden.
And Silvia prooves that. And what about IFMA? Isn't IFMA muax thai representative in Sportaccord?
In Italy - everything is possible. Spaghetti land.
Avtor SAVATE-French-boxing ob 6:51 AM No comments:

CUSI: Italian University savate is dead as it was before

Avtor SAVATE-French-boxing ob 5:58 AM No comments:

Kickboxing WAKO was the prime target for Valentina Balazinec and Croatian savate.
https://www.google.si/url?sa=t&rct=j&q=&esrc=s&source=web&cd=14&ved=0CHwQFjAN&url=http%3A%2F%2Fwww.zgsport.hr%2Fizvjestaji%2Freport_2.php%3Fsport_id%3D194%26godina%3D2009%26tipIzvjestaja%3D1%26razinaDetalja%3D1&ei=GDaOUby8CcTAtAb6y4CgDA&usg=AFQjCNH5214xxBBYytBurBzekhgXULMZug&bvm=bv.46340616,d.Yms

It will be very fuuny meeting her with her Croatian representative - from savate of course.

Comment: They were all these years un-officialy  the same people like everywhere in the world in case of ITF and WAKO kickboxing.

It is just another Italian bulshit in a see of their spagheti lies and cameleon under-covering.
Alfredo Lallo forgot to mention on his mighty website FISa Fightgames 2013 in Genoa.
http://www.federazioneitalianasavate.it/fisa/index.php?option=com_simplecalendar&view=calendar&Itemid=73

He doesn't hide anymore that he is an integral part of FIKBMS - Italian kickboxing federation,
He was caught in every corner when he tried to proove that Savate federation of Italy exist.
Savate in Italy is just a section of kickboxing FIKBMS, WTKA, LIBERTAS, ACSI, CSEN and whenever you try to find them they move in an opposite angle under different name. Interesting for Sportaccord? 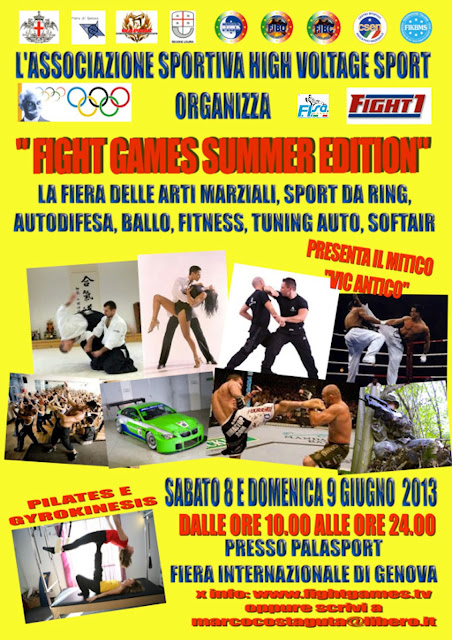 Avtor SAVATE-French-boxing ob 2:27 AM No comments:

AIBA boxing: Fighting with WBC is just a bad game for attention of IOC

SAME AIBA BOXING HELPED IN A SMALL EUROPEAN COUNTRY CALLED SLOVENIA AT GROWTH OF SLOVENIAN BOXING WITH THE PERMISSION OF EVALUATING OF NON-AIBA RESULT OF PROFFESSIONAL BOXER  DEJAN ZAVEC (IBF). THEY HAD NO OBJECTIONS IN SLOVENIAN OLYMPIC COMMITTEE ABOUT THIS STRANGE PRAXIS AND THEY STAND STRONG BEHIND SLOVENIAN BOXING FEDERATION AND THEY SUPPORT IT. ALTHOUGH THEY KNOW THAT THESE FEDERATION WITH ITS PEOPLE IS INVOLVED IN PROFESSIONAL BOXING IBF/EBU AND ITS ACTIVITIES IN SLOVENIA  KNOWING ALSO THAT AIBA HAS DIFFERENT PLANS AND REGULATIONS FOR PROFESSIONALS UNDER APB.
BUT ANYWAY YOU CAN READ THIS LETTER FULL OF TEARS AND ENJOY IOC FIGHT AGAINTS PROFESSIONAL SYSTEMS WHICH ARE FULL OF MONEY. AND IOC DON'T LIKE MONEY. OH YEAH.

Slovenian Olympic Committee web-site and Zavec as professional categorized for AIBA boxing and later got job in Slovenian police with a help of Slovenian Olympic Committee and Boxing federation of Slovenia:
Try this:
http://www.olympic.si/sportna-kariera/registracija-in-kategorizacija/aktualni-seznam/seznam-kategoriziranih-sportnikov/?id=743&tx_okscategorization_pi1%5Bsport_society%5D=0&tx_okscategorization_pi1%5Bsportsmen_hidden%5D=ZAVEC+Dejan&search=Najdi

So Ching-Kuo Wu , big olympic friend of fascist Juan Antonio Samaranch you are playing double game, and everybodey knows it. Also BBC find your game with Baku - olympic medal.
And IOC is in the game too. The same IOC who thrown out wrestling.

Recently, the World Boxing Council (WBC) President, Mr Jose Sulaiman, sent a letter to the IOC President to wrongfully blame AIBA of “establishing a monopoly and a restraint of trade by not allowing WBC to send their current professional boxers to the Olympic Games”.
However, the IOC President confirmed in a letter to me that the IOC would recognize only AIBA as the International Federation representing the sport of boxing in the Olympic Games.
At the same time, the IOC Sports Director also replied to the WBC President that “As a result of the IOC recognizing AIBA as the only International Federation administering boxing at world level, AIBA is responsible for the technical control and direction of its sport at the Olympic Games. The IOC and AIBA are in regular contact to this effect”.
AIBA has also informed the global media and press in regard to IOC’s full support and confirmation on AIBA’s governing position at all levels for our sport. The current professional organizations might continue exploring any mean to damage our program in the future. However, I would like to ensure that I and AIBA will do our utmost efforts to protect the best interests of all boxers in all AIBA programs, AOB, WSB and APB. I would also like to take this opportunity to sincerely thank you all for the support rendered to me in the past six years since my election as the AIBA President. Together, we have changed considerably the image of our organization and the way the sport of boxing is administrated.
We have launched the World Series of Boxing (WSB) and thus offered to our best boxers an innovative and fulfilling new career path. We have also made some critical changes to AIBA Open Boxing (AOB) competitions in order to make them both safer and more exciting. Last but not least, we are now ready to launch the AIBA Pro Boxing (APB) and revolutionize the sport of boxing as a whole. APB will reunite the Pro Boxing world with its grassroots, through a highly competitive, clean, structured and ethical competition aligned with the principles of the Olympic Movement.
It is AIBA’s mission to govern the sport of boxing worldwide in all of its forms. And I am very grateful to you for your constant support.

Avtor SAVATE-French-boxing ob 6:55 AM No comments:

Classical fencing emerged in Europe during  the late 18th Century in Europe.  It is not surprising that swordsmanship has been practiced by a myriad of cultures outside of Europe,  or that fencing reaches well beyond the 18th Century. What is surprising is how similar judged fencing bouts are between classical European and ancient Egyptian fencers, despite the great span of time and geography.

A Classical Fencing Bout
Modern “sport” fencing uses an electrical scoring apparatus to determine which fencer touches his or her adversary first in the valid target area. When two classical fencers bout, an electrical scoring apparatus is not used.  Instead, a number of judges participate in the bout.  As practiced historically and presently in classical fencing salles, judges are positioned at the flank and to the rear of each competitor in a bout.  A president oversees the bout, calling the fencers to the ready with the command, “en garde” followed by the command to begin fencing with, “Allez!”  Should a judge observe a fencer landing a touch on the opponent’s  valid target area, the judge will raise his or her hand. The president will determine if the touch was valid, both in target-area and firmness of hit (enough pressure to have caused injury with a real weapon in lieu of a practice weapon).  The president also keeps score.  Classical bouts usually proceed until one opponent receives three or five touches from his or her opponent.

Fencing in Ancient Egypt
Classical fencers will undoubtedly recognize the similarities between their craft and the competitive bouting that occurred in ancient Egypt thousands of years ago. Evidence of similarities comes from the archaeological record at the temple of Rameses III at Medinent Habu.  Within the temple, scenes dating to over 3,150 years ago record ethnically different groups in the Egyptian army bouting in fencing matches. The bouts were in celebration of Rameses III’s defeat of the Libyans, and carved images commemorate his success.  The Egyptian stone-carved images show competitors wearing protective headgear (secured with chinstrap), and the fencers use a stick blunted at the tip. A knuckle guard protects the hand  (Piccione, 345-346). Classical and modern fencers use practice-weapons that are“foiled” at the tip to help prevent injury, and fencers wear protective masks.

A View of Ancient Egyptian Bouts
Classical fencers will undoubtedly recognize an Egyptian pre-bout ritual, also recorded at Medinet Habu. There, an Egyptian fencer calls on his Nubian competitor to,
“Establish yourself for me (i.e., “on guard!”), for I shall cause you to see the hand of a warrior! (MH 2, pl. 111, col. 30; cf Edgerton and Wilson 1936, p. 140)”  (as cited in Piccione, 346).

One style of  Egyptian Fencing Stick.  Fencing sticks were made of bundled reeds with a wooden prong at the hilt. Fencers are always shown gripping the weapon above the prong, which perhaps served as rest for the heel of the hand (after Decker 1992 as cited in Piccione).
Remarkable similarities come from the tomb of Kheruef during the Eighteenth Dynasty (over 3,360 years ago).  The tomb records some of the celebratory events that occurred during a festival for Pharaoh Amenhotep III (Tutankhamun’s grandfather).  Fencers bout with a practice weapons constructed of bundled papyrus reeds.  The “men of Pe” compete against of the “men of Dep” in judged bouts (ibid, 342). Just as is observed in a fencing bout in classical salles today, the scene recorded in the tomb of Kheruef shows two judges in profile overlapping one another and standing to the rear (and apparently to the flanks) of a competitor.  Corresponding to classical fencing in the European tradition, the Egyptian judges raise their hands indicating a valid hit against the opponent. The corresponding  captions read,
“hit!”
“hit 2 times!”
“You have no opponent!”
(Kheruref pls. 61-63 as cited in Piccione, 342-343)

Judges stand beside and to the flank of competitors who fence with bundled reeds.  They indicate a scored hit with raised hands  (after Kheruef, pls 61, 63 as cited in Piccione with modifications).
The latter statement, “You have no opponent!” is somewhat in question as to the exact meaning. Piccione strongly suggests that this is a statement of admonishment to one fencer who is depicted stepping on the foot of his competitor, perhaps as the judges threw out the touch due to a rule violation. However, Piccione also points out that the exact phrase is used elsewhere in the tomb in a song addressing a triumphant king, giving credence to the assertion that the successful fencer has shown his competitor the “hand of a warrior” and emerged victorious.
Avtor SAVATE-French-boxing ob 3:54 AM No comments:

IOC: How to present your sport to International Olympic Committee - GOLF example

Avtor SAVATE-French-boxing ob 3:42 AM No comments:

Use of power you need for training of continous hitting the bag is very important. Only one objection on the right heel (right hell is very passive in rotation in almost all boxing schools except Ukrainian).
Avtor SAVATE-French-boxing ob 3:27 AM No comments:

Concrete static legs canne demonstration from USA. http://sallesaint-george.com/courses-of-study/canestick-fencing/ How long will it take to stop "dummy demonstrators outside FISav" with their really stupid and non-productive demonstrations of sport that they are not part of?
Avtor SAVATE-French-boxing ob 2:51 AM No comments:

ITALY: Savate in Pavia with Lallo

Avtor SAVATE-French-boxing ob 2:01 AM No comments: