BUT WILL JUDO PARTICIPATE ON 2013 2ND EDITION WCG?

From October 18 to 26, 2013, the second edition of the World Combat Games will be organized by SportAccord and the Russian Union of Martial Art (RUMA), in the city of Saint-Petersburg. After the first edition, which was held in Beijing in 2010, Judo will be present again in Russia, alongside 14 other martial arts and combat sports.

From September 5th to 7th, the IJF participated in a media workshop which was help in Saint-Petersburg. The aim of the gathering of the IF's media and communication officers was to define the common communication and media strategy in the perspective of the next year's games. Throughout the three-days meeting, Vincent Gaillard, SportAccord Director General, and Nathalie Smeeman, Marketing and Communication Director of the organization, presented the event itself as well as the goals to be achieve in the upcoming weeks and months:

- Maximize the media value for each sport,
- Create attention internationally and nationally for the general public,
- Help building up the athlete and federation’s image in relation with the games,
- Exchange between the participating International Federations,
- Find solution to educate the audience to the combat sports,
- increase the popularity of combat sports.
The city of Saint-Petersburg was also present during the meeting. Thus, Mr. Nikolay Rastvortsev, First Deputy Chairman of the Committee of Physical Culture and Sport (Governement of Saint Petersburg), expressed all the expectations that Saint-Petersburg as well as the Russian Federation were putting in the World Combat Games. During the second day of the meeting, Mr. Pavel Zhuravlev, CEO of RUMA, presented an extensive progress report to the International Federations, which then worked in groups to define a common communication strategy.
The social impact of combat sports and martial arts was highlighted throughout the workshop: "our activities are not only sports and competitions" were the keywords of all the International Federations, as well as "Education and education again".
In the upcoming months, a World Combat Games brand will be defined and utilized to promote the games on a local but also national and international level: logos, mascots, pictograms are now being designed and will be released very soon. The Games will be largely TV broadcasted and the social networks as well as all the internet platforms will play an important role to advertise the Games and bring the concept of the World Combat Games to the largest audience possible.
After two days of fruitful exchanges, and just before leaving Saint-Petersburg, the IF's delegates visited the competition venues in order to evaluate all the facilities that will be running during the Games.
Article courtesy of International Judo Federation

FISU: Eurosport and FISU to partner until 2017

When we will organize University savate world championship 2014 and where? 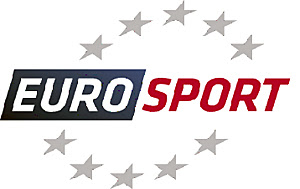 Channel will broadcast the next six Universiade events

PARIS/LAUSANNE - The Eurosport Group and FISU announce they have signed a six-year agreement, starting in September 2012.
This long-term partnership will give the Summer and Winter Universiades - FISU's highly successful global multi-sport events - comprehensive television coverage on an international basis across Eurosport's unrivalled pan-European network.
Eurosport will also produce a monthly TV show called CAMPUS dedicated to the World University Championship events and FISU's global commitment to excellence in body and mind.
The multi-media partnership is completed with the creation of a dedicated university sports section on Eurosport.com which will include the latest results, sport news and videos about the World University Championships and Universiade events. This section will be launched initially in English and French by end of September 2012.
Eurosport has been the home of the Olympic Games and Olympic sports for over 20 years and will bring this knowledge and expertise of multi-sport events to showcase and promote the Universiades.
Eurosport and Eurosport 2 will broadcast 60 hours in HD for each Summer Universiade and 40 hours in HD for each Winter Universiade.
The Summer and Winter Universiades, held every two years, gather student athletes aged 17-28 and are second only to the Olympic Games in terms of number of participating athletes and countries represented.*
The Universiades have proven to showcase future stars who have gone on to perform at World Championship and Olympic level. As an example Australian swimmer Cate Campbell, a Gold medal winner in the women's 4x100m freestyle relay at the 2011 Universiade, became Olympic Champion at the same event in the London 2012 Games.
The deal with FISU includes TV broadcast in Europe of:
- the 27th, 28th and 29th Summer Universiades, held in Kazan, Russia on 6-17 July 2013, Gwanju, Korea on 3-14 July 2015 and Taipei, Chinese Taipei on 19-30 August 2017
- the 26th, 27th and 28th Winter Universiades, taking place in Trentino, Italy on 11-21 December 2013, Granada, Spain in 2015 and Almaty, Kazakhstan in 2017.
CAMPUS will be a 26-minute TV show, broadcast on a monthly basis until December 2017.
The programme will cover the World University Championships, organised by FISU and follow preparations for the Universiades, feature profiles and interviews with the Universiade athletes and explain FISU's values and university spirit.
CAMPUS goes on air for the first time on Eurosport on 26 September at 21:00 CET. It will include a special focus on the FISU Gala in Kazan which took place on 22 September.
FISU President Claude-Louis Gallien commented: “I am extremely pleased that FISU has signed a multi-year partnership with Eurosport for our upcoming events. Like FISU, which strives for Excellence on the academic campus and on the sports field, Eurosport has been pursuing excellence in bringing the major international sports events in the homes of many sports fans. I am confident that with the help of Eurosport the International University Sport Movement will continue to grow in popularity worldwide.”
Laurent-Eric Le Lay, Eurosport Chairman & CEO said: “We are delighted to have this opportunity to bring Eurosport's unrivalled expertise and multi-media credentials to this long-term partnership with FISU, which will enable fans to follow the upcoming athletes of the future. We are committed to being the first to showcase the best young rising stars in sport as we do with football for example with the NextGen Series and other international youth competitions. We are looking forward to developing a strong relationship with FISU which will give a platform to its highly respected events, commercial partners and key messages. Eurosport is committed to ensuring action from the Universiades and its associated events are accessible to sports fans across Europe."
Avtor SAVATE-French-boxing ob 8:42 AM No comments:

If the world of Wrestling coreography is wonderland where competitors and audience cooperate then Frank Mezaache is a professional player in this savate game. More than 34 years old and against FISav rules he plays eliminator - killing assasinator :) Please wacth this poor POOL - with very poor judging


... and father's busines with both sons Anthony and Franck in ring

As you see Franck in everyday life is much more wiser as Franck on a World savate championship 2012
Avtor SAVATE-French-boxing ob 8:17 AM No comments:

Will kickboxing WAKO competitors dominate in the next years in FISav savate competition world. Rules are not respected, shin kicks are almost allowed, vertical fouette is a fouette you see in 90% of all kicks on this world championship 2012 and control of punches and kicking - it was really surprising that nobody was knocked out.

Bronze medal quality of fighting And the funniest thing for the end of this story: All of this champions we saw on these videos are not interested for any additional savate tournament. Every year these champions of savate make only one international savate tournament. And this is European or World assaut savate championship. So - do you know any other sport that can survive with a tempo of only one tournament per year? Martial art sport? NO, PROBABLY SAVATE IS ONE OF THE KIND. VERY SPECIAL. AND UNIQUE.
Avtor SAVATE-French-boxing ob 4:39 AM No comments:

Following boxing sports equipment in the past years you could see many WAKO kickboxers selling FBT boxing equipment ... When IFMA and WAKO officialy are not connected as (similar) sports probably this trend will surely stop in the next days. Or maybe not?

FBT has signed an agreement with IFMA as the first to become an IFMA approved equipment supplier, in a special press conference held at the FBT Complex.  The proprietor of FBT, Mr. Kamol Chokpaibulkit explained his happiness at being part of IFMA’s IOC recognition process.
As Thailand’s largest sporting goods company, FBT has been a strong supporter of many sports for years, as well as being a strong supporter of IFMA.


General Chetta Thanajaro, President of the World Muaythai Council, thanked FBT for their continuous support for the development of sports nationally and internationally.

Dr. Sakchye Tapsuwan thanked FBT not only on behalf of IFMA, but also on behalf of the Thai national association.
The General Secretary of IFMA, Mr. Stephan Fox, thanked FBT for their financial support and also for  their support towards the IFMA World Championships in Russia.
Avtor SAVATE-French-boxing ob 1:43 AM No comments: