Contact the writer of this story at duncan.mackay@insidethegames.biz
Avtor SAVATE-French-boxing ob 9:18 AM 3 comments:

The pair, along with French IOC members Guy Drut and Tony Estanguet and IOC director general Christophe De Kepper, met in the French capital to also talk about the expectations for French athletes at the upcoming Sochi 2014 Winter Olympics, France's commitment to the fight against doping and illegal betting in sport and general sports development in the country.

On the eve of the meeting, Bach - who is in the city to attend the International Fencing Federation (FIE) Centennial Gala Dinner - spoke favourably about a bid from Paris to host either the 2024 or 2028 Games, and suggested that France should not be cautious about bidding again after five consecutive unsuccessful attempts. 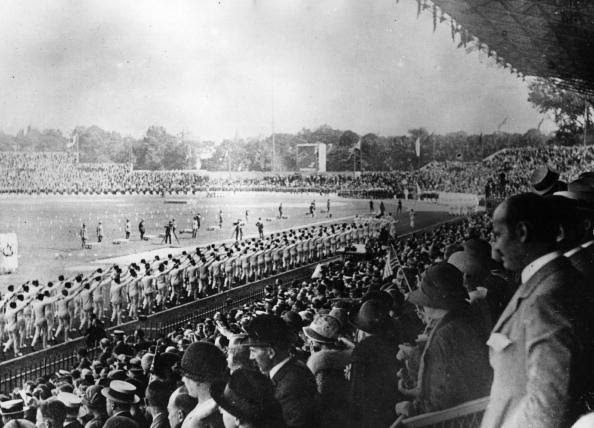 France last hosted the Summer Olympics in 1924, meaning that 2024 will mark the centenary of those Games ©Getty Images
"The enthusiasm of the French people for sport is obvious...it would be a very, very strong candidate," he told France 3 television.

"It's a sports competition, you can't wait until you're the only bidder.

"A bid can contribute to development, not only sports development but also social development in a country and in a city.

Although the last successful French Olympic bid came from Albertville, which was awarded the 1992 Winter Games, the country last hosted the Summer Olympics in 1924, meaning that 2024 will mark the centenary of those Games.

While in France, Bach yesterday met with Abdou Diouf, secretary general of the International Organisation of La Francophonie, to discuss a potential cooperation for next year's International Day of Sport for Development and Peace, being jointly organised by the IOC and the United Nations.