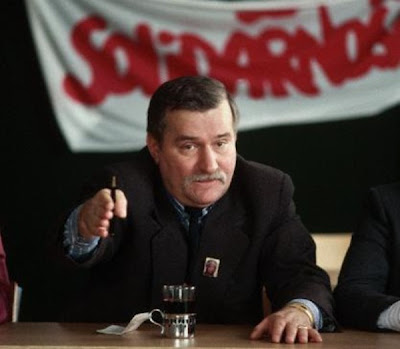 For Immediate Release, October 10, 2009
LECH WALESA RECEIVES HONORARY ITKF BLACK BELT
(Los Angeles, CA)
In an emotional ceremony on October 10, 2009, Mr. Lech Walesa, former President of Poland and Nobel Peace Prize recipient, was presented with an Honorary Black Belt by Mr. Rick Jorgensen, Chairman of the International Traditional Karate Federation.
When presenting the Honorary Black Belt to Mr. Walesa, Jorgensen said, “Traditional Karate is based on the foundation of the Japanese concept of Budo – the seeking of perfection of the total human being in mind, body and spirit.
As a method of self-defense, Traditional Karate is not aggressive, nor violent, but seeks resolve by the most peaceful means possible. You epitomize these ideals. You led your country to freedom, not through war – but through peaceful methods. To your countrymen you are a legend. Your integrity, commitment and courage of heart are an example for the entire world.”
The ceremony was on the occasion of the grand opening of the Budo and Japanese Sports Center in Stara Weis, Poland. The building of this center was an estimated $35M and represents a collaborative effort of the governments of both Poland and Japan in cooperation with the Traditional Karate Federation of Poland. The Center was built to commemorate 90 years of diplomatic relations between the two countries and will house the training of the Traditional Japanese arts.
The ceremony was held on October 10 – the birth date of the late Sensei Hidetaka Nishiyama, the founder of the International Traditional Karate Federation and the catalyst of the Budo Center in Stara Weis. Mr. Nishiyama passed away in 2008 at the age of 80 years. “It is fitting that the ceremony takes place on this day. Sensei Nishiyama would be very proud to see the completion of this dream.” Jorgensen said. 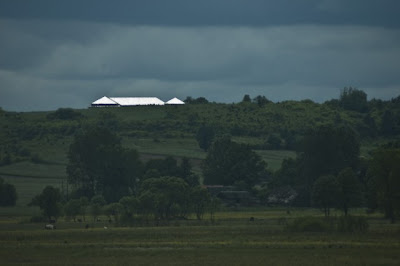 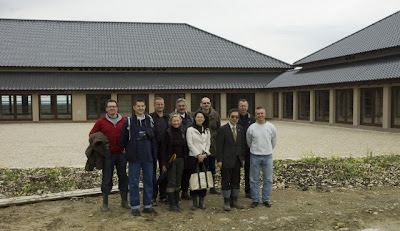 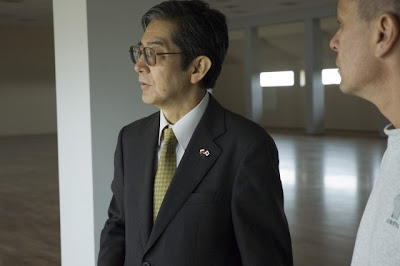 On 31 May Ambassador of Japan in the Republic of Poland – Ryuichi Tanabe visited the Japanese Martial Arts and Sports Centre "Dojo-Stara Wies" in Stara Wies. Wlodzimierz Kwiecinski - Chairman of the Traditional Karate Federation of Poland took all the guests for the sightseeing. "Dojo - Stara Wies" will be a unique centre, which will give an opportunity of comprehensive training and mixing with the spirit, climate and philosophy of the Japanese martial arts.
On 10 October 2009 we are planning the official opening of the Japanese Martial Arts and Sports Centre “Dojo – Stara Wies”. This event will be combined with the central ceremony of the 90th anniversary of diplomatic relations between Japan and Poland. On that occassion we will also host the 5th Traditional Karate ITKF World Cup. The ceremony will be hosted under the honorary patronage of Mr. Lech Walesa – former President of the Republic of Poland, laureate of the Nobel Peace Prize (1983).
The greater amount of funds to complete the building stage comes from the Ministry of Sport and Tourism. We also received Japanese grants twice, from which the first one has been used to purchase the original Japanese roof imported from Japan and the second one – cultural grant has been spent for the sport equipment (tatami).

WARSAW - Poland's anti-communist icon and 1983 Nobel Peace laureate Lech Walesa symbolically wielded a Samurai sword at ceremonies opening Europe's largest Japanese martial arts centre, or Dojo, on Sunday.
"During the second day of the August (1980) strike, reporters asked me what we were up to. Then I said, 'We're building a second Japan'. A Dojo in Stara Wies is proof that this idea is coming true," Walesa joked at the ceremonies, quoted by the Polish PAP news agency.
Japan's ambassador to Poland Yuichi Kusumoto, the president of the International Traditional Karate Federation (ITKF) Richard Jorgensen, ITKF director in Los Angeles Nami Nishiyama, and the head of Poland's Traditional Karate Union Wlodzimierz Kwicinski, also attended the opening in the central Poland city.
Walesa, who served as Poland's first democratically elected president after the fall of communism, also planted a tree and was presented a karate black belt by the ITKF president.
The Dojo, a traditional Japanese martial arts centre, was opened as Poland and Japan mark the 90th anniversary of diplomatic relations.
"The size of this centre is impressive not only for Poland but also for all of Europe," Japanese Ambassador Kusumoto said.
Construction of the centre began in 2003, funded mainly by Poland's sports ministry with the support of the Japanese government.
Walesa won the Nobel Peace Prize in 1983 as the head of Poland's freedom fighting Solidarity trade union, the only independent trade union ever to exist in the entire communist bloc.
Under his leadership Solidarity undertook talks with Poland's communist regime to negotiate a peaceful, bloodless end to communism in 1989, a move which had a domino effect across the Soviet bloc, ending in the collapse of the Soviet Union in 1991.
Avtor French boxing ob 8:38 AM

Nice site. This Site provided me a very useful and important information. is very interesting, and full of informative Social Site thanks; i m seo expert blogger. Online Home Based Work, I Have a website On Video Entertainment KDrama Engsub . Please Visit Us my Site https://dramacools9.net